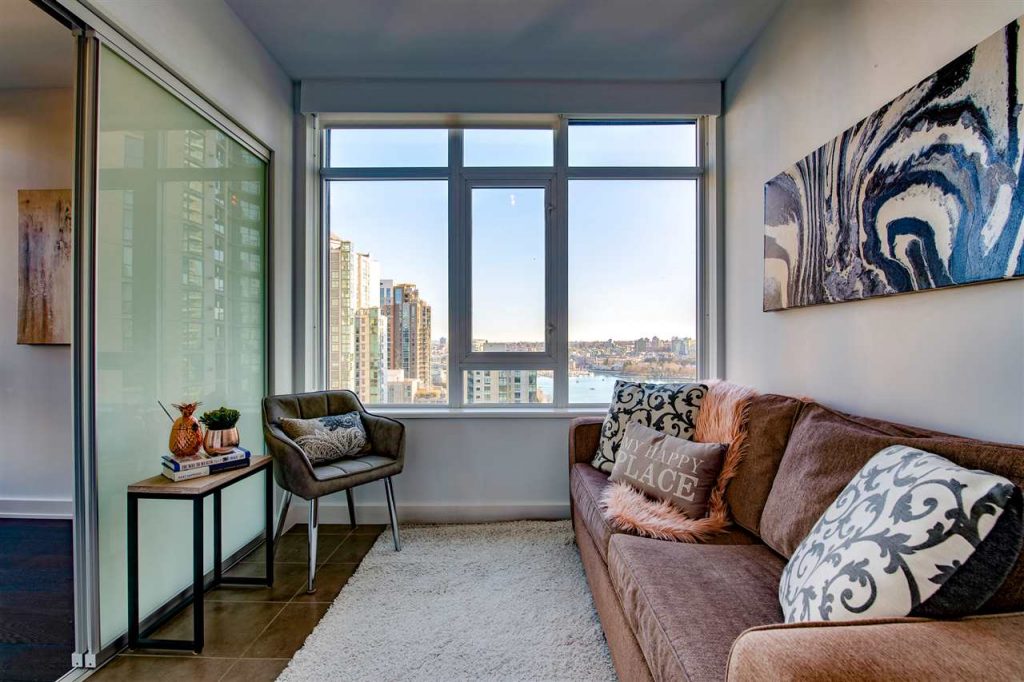 “Real estate in Vancouver has definitely shifted,“ says Real Estate Agent Ariane Benjamin, Founder of Vancouvertownhouse.ca. “February was another month where the numbers seemed to favour buyers over sellers.”

House hunters in February continued to take their time as the price of a detached home fell by almost 10 percent year over year. This was partially caused by the fact that more homeowners are now listing their properties—there’s plenty to buy, but sales are slow.

The total number of homes sold in the region last month fell to 1,484—that’s down more than 30 percent from recorded sales last February, and more than 42 percent below the 10-year February sales average.

However, condos and townhouses have continued to hold their value. The composite benchmark price for a home, which combines detached properties, townhouses and condominiums, went down less than one percent from January to land at $1,016,600. According to the Real Estate Board of Greater Vancouver (REBGV), that’s a decrease of 6 percent.

“We’re in a transition period where the region’s housing market is moving away from a seller’s market,” says Ariane.

What are the savings?

As far as real estate in Vancouver, it’s mostly the detached market where prices are affected and has been most dramatic in Vancouver’s West Side. The benchmark price for a detached home fell by more than 14 percent—about $500,000—between January 2018 and the same month this year, leaving properties at a little over $3 million.

West Vancouver was second on the list, with a decline of 15.4 percent or about $477,000. The average price of a house in the North Shore municipality was about $2.6 million in January.

Homes in Richmond declined in price around the same time by about $170,000, resulting in a benchmark price of nearly $1.6 million, making Richmond the third hardest hit area in terms of depreciation over the last year.

The region’s condo and townhouse market has proved far more stable over the past 12 months, with prices in the majority of areas fluctuating by no more than five percent.

“While luxury properties have suffered the greatest decline, homes at more affordable price points are still driving growth. The condo market, for example, is shrinking in some neighbourhoods and growing in others. It’s important for potential homeowners to really understand the demographics and growth that is driving different neighbourhoods if they want to invest in Vancouver property.”

As an experienced townhouse realtor in Vancouver, Ariane Benjamin has been tracking and studying townhouse sales and neighbourhood trends for over 15 years. Her one-on-one approach to buying and selling emphasizes a customer-first attitude and allows her to deliver results and value. Call (604) 779-1500 to set up a complimentary consultation with Ariane today.